I had to write this post in English, I had to. (First part of two) 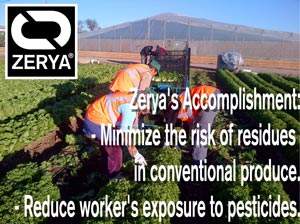 I don’t know why, my mind builds unusual bridges between things I’ve read in the past and things that I find in my everyday life. In this case, I guess that my readers will see later if I can explain myself sufficiently. When I was in high-school in the subject of Hispanic literature we studied the figure of Sister Joan Agnes of the Cross, a poet and Hieronymite nun of the New Spain (Mexico) of the XVII century, known in her lifetime as “The Tenth Muse”. One of her most famous sonnets (an octave) is called “Redondilla”, here I share a part of it:

Dismissing yourselves as the occasion

For the very wrongs you design:

If with unequaled fervor

You solicit their disdain,

Why wish them to behave

When you incite them to sin?

Now I land back on reality and cope this sonnet with what happened a few weeks ago in Murcia and claim: Stubborn Britons who accuse Spaniards without reason, dismissing yourselves as the occasion for the very wrongs you design. And here’s why I write this piece in English, because I’d very much like that Siobhan Kennedy (@siobhankennedy4) read this note or someone from Channel 4 (@channel4) for that matter. 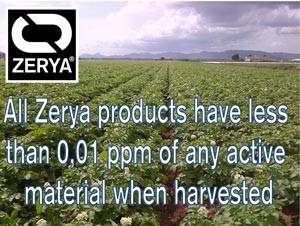 You see, I am absolutely against any form of exploitation or abuse against every worker, and in that way, I support the surveillance and advocacy for labor rights all throughout the food supply chain in Europe. In that sense I celebrate that journalists uncover such practices and policies, liability should be demanded to the very last consequence. But journalism is like quick sand, particularly the kind of journalism that unveils such sensitive information that immediately becomes a scandal. I always make myself the questions: Who’s getting benefit from this information? What’s really behind all this? And to tell you the truth, after I watched the piece I didn’t get it so clear.

The report depicts a horrendous situation of modern slavery in Murcia, and no doubt that is going on, there is an enormous social and labor pressure in the area, with a vast portion of the population struggling to find a job, the excess of offer provides the perfect scenario for anybody who wants to pull anything from the workers that can go far beyond legality. But how many questions were really answered by Siobhan Kennedy’s report? Did we get to see the whole picture? Are we too outraged to see all the circumstances linked to the scandal? Frankly I found the report somewhat shallow, at first I was terribly embarrassed, then worried, and after a while I felt terribly disappointed. I felt a big part of the explanation was missing, yes there is labor abuse in Murcia, and yes the working conditions are clearly under the legal standards, but why? How come it spread so much? Why is it that so many British retailers are affected by this scandal? Why did it reach so far, and has happened for such a long time? What are the options/solutions?

Spain used to have better labor laws, and these kind of abuses were more controlled, but first the neoliberalism of the 90’s framed some laws that have lots of room for abuse, like the laws that regulate the temping agencies such as those shown in the report, and then the latest crisis has taken whatever was available “for the sake of the system” blessed by the infamous Troika. But maybe the report should dig a little bit deeper, and go beyond the shame and embarrassment of the officials of the UK retailers, claiming that they demand their suppliers to comply with the law and give all workers fair wages and decent working conditions. Guess what: that’s not enough! Don’t miss the second part.

Powered by Convert Plus