I had to write this post in English, I had to. (Second part of two) 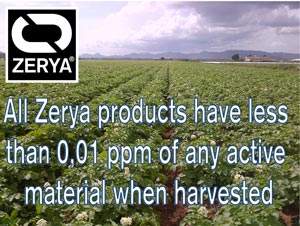 The terrible scenes that we saw on Channel4 story have multiple roots, and not all of them fall on the Spanish side. Let’s begin by saying that yes, in Spain we have a legal frame that is inefficient in tackling situations like the ones we saw, there’s not enough supervision as dozens of labor inspectors have been laid off due to budget cuts, it is very easy for agencies to pull from workers more than they should, and companies like the ones depicted have a very tight situation with lack of incentives and high tax pressure. If we put on top of that a tremendous pressure towards low prices, the first and easiest victims of this plot are workers and their wages, because it’s the most evident way of cutting down production costs, though it’s not the only one nor the most effective. What brings me to the next big issue, which is that every retailer in Europe is using food as a decoy and to do so they are on a price war, whose only casualty are the farmers. Retail is pushing prices lower and lower every day, but neither distributors, middlemen, auction houses, nobody is losing hardly any profit, farmers are. Bargains don’t happen accidentally, somebody pays for them, always.

So to finish up this piece shortly, I have a few questions left for our friends in Channel4:

Certainly your piece should change things dramatically, and I truly hope so, so when things are indeed better, please come and tell them just as good as you did with the bad ones, otherwise I might end up thinking (and many more with me) that you are terribly biased.

Powered by Convert Plus