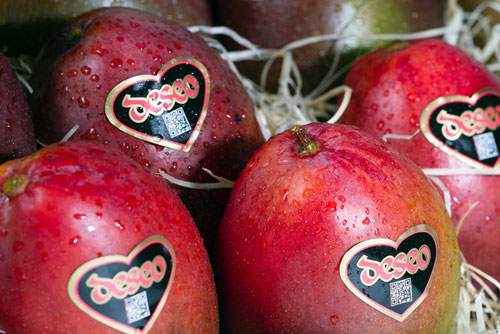 With over 30 million in turn over and an almost-30% growth during the latest year, Natural Tropic has gained a place between the four most important companies in the Axarquía. Its manager’s smile, Prudencio López, says everything: things go well. Although the past campaign they had to extend the volume of the imported product due to the drop of the national harvesting, the goal of the company is to keep increasing its own production. Then, the firm is carrying out an extension of its facilities to add 2,000 square meters more and intends to increase the market share of the products it markets: avocado, mango, custard apple, loquat and kumquat. “Consumption will continue growing in Spain and Europe yearly in a 30-40% rate because better and more fruits are going to be found at the supermarkets’ shelves”, explains Prudencio. For the moment, Natural Tropic is fully consolidated in the main consumer countries: France, England, Germany, Switzerland and Belgium, also having clients in Canada, Eastern countries and South America.

More naturals and to diversify

One of the lines the Natural Tropic’s manager feels proudest of is the organic one. They already have almost 120 certified hectares and that means one fifth of its total production. Besides, he considers as priority to diversify, but within a same range of products to allow them being specialists. In that regard, in September they initiated their production line of fresh guacamole and have advanced in terms of packaging with formats adapted to different necessities.