Prepworld comes to revolutionize the prepared fruit market in Spain 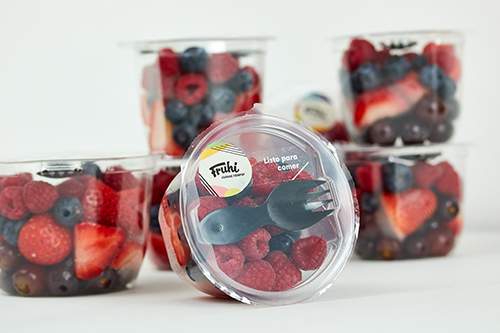 The Spanish consumer now buys a full pot of strawberries or a melon. Take some time to prepare it for consumption and assume the risk that some fruit could be spoiled or taste bad, a mentality that may be about to change. The firm of British origin Prepworld, which dominates 25% of the English market, has just landed in Spain with this intention: to revolutionize the Spanish market of fourth range fruit as it has already done in the United Kingdom. Experts expect, in the case of fruit, the same boom that has been recorded in the segment of prepared salads.

According to Pepe Morant, general manager, Prepworld Spain is presented with the guarantee of two major partners, the national berries producer Surexport and the multinational Berryworld. The beginning has meant an investment of two million euros in the construction of a factory with the latest processing technology in the province of Valencia. The processing of Prepworld includes a disinfection without water and without any additional additive. A laser microdrill the containers to allow the fruit to breathe but minimizing the oxidation process and lengthening the conservation time.

The large distribution that operates in Spain must be convinced in the first place, and that so far is devoting little space in points of sale to these fruit preparations because, according to the manager, they have had bad experiences. “We are ready to carry out a successful job for the large Spanish distribution”, guarantees Morant.

There are also powerful arguments to convince the potential market. The consumer is used to waste product, but with the fourth range all the fruit that is purchased is usable one hundred percent. This would be the main claim of Prepworld for the consumer. In full commercial deployment of the company, is currently negotiating with the major Spanish chains and has already closed a contract with one of the most important, as Morant reveals. “The chains, he says, already know that this segment is the future and they are betting fully.”

Fruhi, “¿ganas tiempo?”
The company lands in Spain with the Fruhi brand and with the slogan “¿ganas tiempo?” (“saving time?”), Also putting the emphasis on saving time that involves the consumption of prepared fruit. The protagonists of the Prepworld tubs are the berries and their flagship product are the Berry Mix, but they also include other combined fruits such as pineapple or melon.