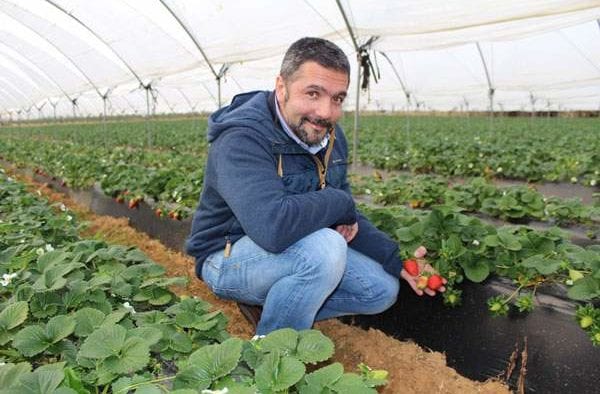 The fruit quality and excellent service rendered by First Fruit has been enough to position their brand -Nectalia- among the best and most acknowledged ones in the sector of stone fruit. Thus, the firm has been able to bank on other crops, like berries, which are proving to be much satisfying for the firm.
Raspberry, strawberry and blueberry are now part of a Premium fruit portfolio that First Fruit exports to European markets like France, where the company opened in September 2016 a branch office. Located in Perpignan, this office will enable them to be closer to their customers and to provide better service to French distributors. It is key for their marketing strategy, as First Fruit manager and founder Marc Espagnach explained from their facilities in Aljaraque (Huelva), as they will now be able to offer a more tailored, more direct treatment, which is essential to provide service and trust.
The company exports mostly stone fruits to Europe but berries are gaining more and more ground and they mean now 15 to 20% of their sales, worth €1.5 plus million of invoicing last season.
Variety selection is highly important to have the best product. In this sense, they commitment to all-year-round continuity for raspberry, with planting times from late September to late July. Their preferential variety is Glen-Lion, ‘which yield good fruit at any time, even when other varieties produce less.’ First Fruit considers that their raspberry still has a long path ahead (and so does blueberry), despite production costs being high, as distributors focus on supermarket chains, which allows for planning production and setting prices.
As for strawberry, over half their production is of the variety Fortuna, despite the pressure made to swap to other varieties by markets like the French one, where according to Mr Espagnach, ‘some chains intend to work exclusively with Primoris or A-10 on flavour reasons; these are however more costly to grow and they are not always willing to pay the extra cost.’ In his opinion, the general consumption trend goes that way, but producers would rather chose safer varieties that are also allegedly more profitable. This could be one of the reasons why the sector is diversifying towards other berries like blueberry or raspberry, whose production volumes have been growing steadily in recent years.
Quality is the company’s fundamental purpose. Their brand -Nectalia- has been a synonym for guarantee of product and service for 10 years now. The management works to consolidate the brand, so that it can keep opening gates in our domestic market as well as in export ones.