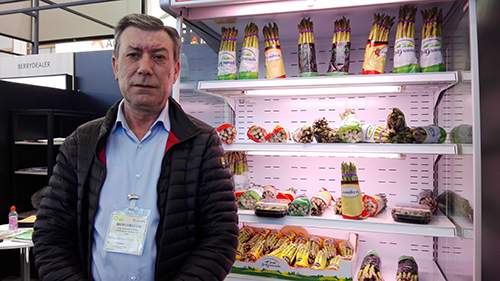 The bad results of recent campaigns, due mainly to the increase in production volumes in Spain, but also in countries such as Italy, have forced the asparagus sector from Granada to seek new horizons beyond its traditional export markets. “We are marketing our product in Eastern countries, mainly in Poland, Bulgaria and the Czech Republic”, says Juan Sánchez, sales manager of Espárrago de Granada SCA, a second-degree cooperative that includes Agrolachar, Agromesia, Espafron, Espalorquiana and Vegachauchina.

Until a few years ago, this was a market with little or no attraction for Spanish asparagus. However, the current situation of the sector is very different. “We have more asparagus and, therefore, we can reach markets that, although they have lower purchasing power, represent a good outlet for our product.”

This strategy also allows lightening the usual destinations of Spanish asparagus, which still has two of its main customers in Germany or Switzerland.

10% of its production, under plastic
Espárrago de Granada SCA foresees to have around 60 hectares (ha) of cultivation in microtunnels in the next three years, the 10% of its surface, which adds 600 ha. “Our goal is to have product from February and reach the supermarkets a month before without importing asparagus from Mexico”.