The ecological is not just a fashion 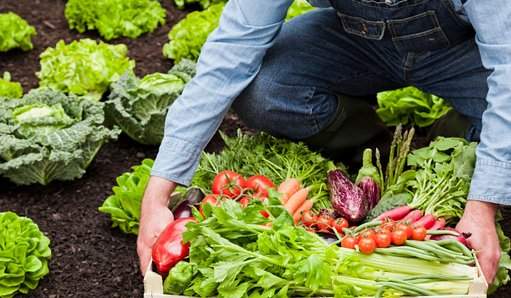 The growing concern of consumers for their health, together with sustainability and respect for the environment have caused the demand for organic food to grow exponentially. According to the data of the Research Institute of Organic Agriculture (FIBL) in 2015, the European market of organic products grew by 13%, reaching almost 30,000 million euros. In Germany, the main consumer of organic food in Europe and the second in the world after the United States, its demand reached 8,600 million euros, followed by France (5,500 million) and United Kingdom (2,600 million). And everything indicates that it will continue increasing.

However, the cultivation area of this type of food, although it also grows, does not do so at the same pace; in 2015, it increased by around 8% in Europe, to add up to 12.7 million hectares, 25% of the world total. The good new is that the hectares of ecological in the old continent are now growing faster than a few years ago.

“At this rate of consumption growth, our country will not be able to supply all the demand for organic products in two years,” said Álvaro Barrera, president of Ecovalia, who explains that, “in Spain, 1% is ecologically converted every year of the useful agricultural area, so it will be difficult to achieve the pace demanded by the market “. Spain exports 80% of its production.

The challenge: increase internal consumption
In 2016, Spain entered the Top 10 of the largest consumers of organic products worldwide, an upward trend that has taken hold in 2017. Domestic consumption begins to gain weight. In three years, Spanish consumers have increased their purchases of organic in 700 million euros. The growth rate of consumption is vertiginous: in 2014 it increased by 18%; in 2015, 25%. In the absence of the final data for 2016 and 2017, a MAPAMA advance points out that the internal consumption of eco products is already around 1,700 million euros.

The introduction of ecological lines in supermarkets and supermarket chains has contributed to this, as well as the “democratization” of prices, increasingly less different between conventional and organic food.

However, the spending on ecological per person per year is still far from the large European consumers; 32 euros against the 262 of Switzerland or the 191 of Denmark.