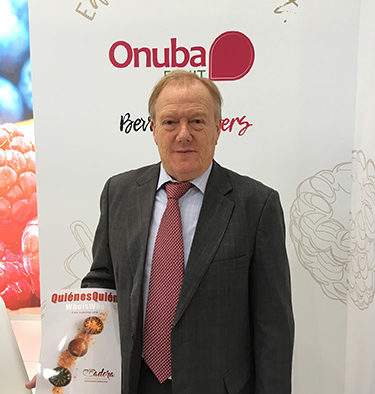 The diversification in strawberry varieties meant a few years ago to extend the campaign to occupy the most desired commercial market niche, but now not only represents that, but also represent a step into added value that did not count the Huelva strawberry sector. In short, a step forward in flavour. This extends to the other berries, like raspberry and blueberry especially.
Onubafruit is probably the best example of this trend; On the one hand, it is the first European operator and, on the other, it is the pioneer in having an advanced experimentation center where its first varieties are being prove successful. A powerful investment made by its five cooperatives members, where its raspberry program stands out, with six exclusive varieties of which three are already being commercialized in the markets with an excellent reception, both by the farmer and the client. They are Shani, Wengi, Bella, who come to join their previous program with Lagorai as main product.
Proof of this good path of raspberry cultivation is that for the next campaign they have a growth forecast of 20% that will be added to their current 10.000 tons.
In blueberry, Onubafruit knows that there will be a turning point in the sector, both in the number of operators and varieties. It has been planted more than what can be sold and “people who are not professional have entered, without having markets of destination and with an erroneous varietal bet, that we have already begun to correct”, says Sánchez. Hence, of the almost 1.000 hectares that are starting up, the blueberry will represent a very important part. They hope that this new material achieves a medium and sustainable income over time because “I would like the blueberry not to turn into a citrus fruit or a stone fruit”, he points out.
Diversification in products and varieties seems to be the spearhead of Onubafruit for the next campaigns, always with a high commitment for sustainability, among other aspects, assuring its formula of success for many more years.